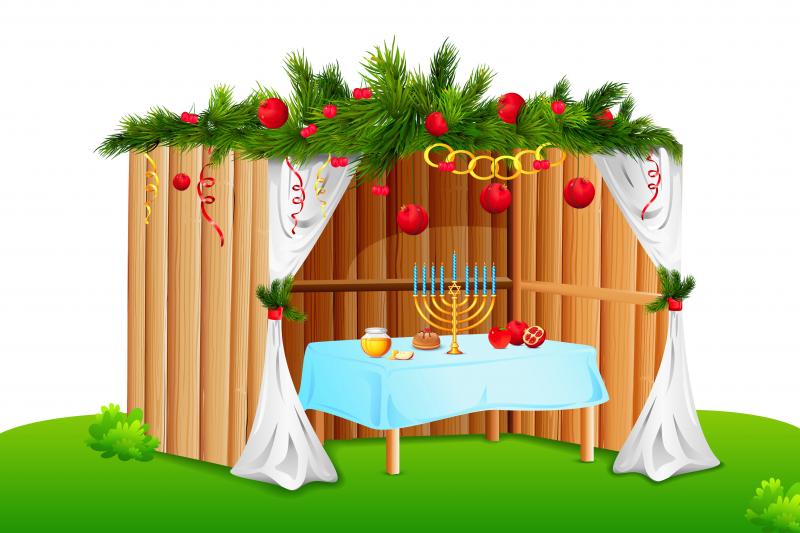 On the evening of Wednesday, September 18th, Jews all over the world will be lighting candles in honor of the holiday of Succoth.  This holiday, also known as the 'Feast of Tabernacles' or 'Feast of Booths' is a Biblically mandated holiday.  It lasts 8 days long - the first two of which are so holy that Jews are not allowed to work.  Instead, they go to services at the local synagogue and have festive meals with family and friends.  And the really cool thing about this holiday is that all meals must be eaten in a Succah - a booth like walled structure with a roof made of plant material, such as palm leaves, bambbo or leafy greens.

For those of you who want to visit the great state of New York, this is a great time to go and see the Festival of Succoth in action.  The best thing to do would be to rent a cheap car and visit some of the very religious neighborhoods.  Be advised that you should NOT drive around Orthodox Jewish areas on the first two days of the holiday as driving is not permitted.  That said, it is allowed during the intermediary days (also known as Chol HaMoed).  Therre are many areas where you can go.  For example, Borough Park in Brooklyn is home to the largest concentration of Orthodox Jews in the United States.  There are many Hasidic and Haredi famliies that live here.  Crown Heights, also in Brooklyn, is a great place to visit as it is here that many Lubavicher families live.  The Lubavich headquarters are at 770 Eastern Parkway.  Finally, another place to tour in your rental car is Williamsburg, Brooklyn where the Satmar Hasidim live.  There will no doubt be many Succas lining the streets in all three of these areas.

Don't be shocked when you see Orthodox Jews carrying large lemon-like looking fruits (Estrogs) and long plants that are tied together at the end with a bamboo-like cord.  This 'bouquet' consists of branches from the willow tree, bows/leaves from the myrtle tree and a green frond from a date palm tree. This object is called the Lulav.  These 4 plant items are referred to as the "Four Species" which are mandatory components in the Succoth celebration.  If you drive your cheap minivan through any of the neighborhoods mentioned above you will definitely be able to stop in local shops and see these items on display.

Succoth is a happy, festive holiday and is a great time to witness Jewish traditions in action.  So if you can get to New York,now is the time!