The
Excitement is in the Air - My Upcoming Trip to Israel! 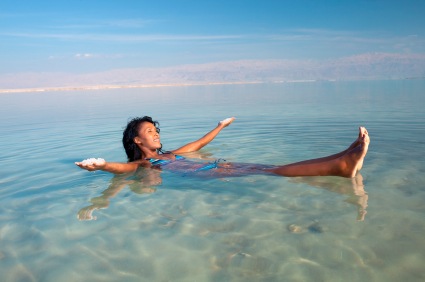 It's hard to believe that December is quickly approaching.  I've never been a huge fan of the winter months but I have to admit, this year I am counting down the days until mid-December.  My family and I are traveling to Israel to meet my husband's side of the family.  To say we are all excited is an understatement.  Words can do no justice to describe the tingly and fuzzy feeling I have inside when I envision getting off of the plane at Ben Gurion Airport.

Here's a bit of background - I spent 1 year in Northern Israel as a teenagager living on a beautiful Kibbutz.  I was 15/16 years old and my time away from my family could have gone either way - I could have been extremely homesick and crying desperately to come home or conversely, I could have had the time of my life, enjoying my new found independence in a country that possesses a beauty like no other.  As you are probably guessing, it was the latter experience that I had.  Not only did I meet many wonderful people, I also had the opportunity to travel the country from top to bottom, visiting religious synagogues, churches and shrines, archaelogical sites, the Dead Sea as well as a plentitude of other fascinating spots.

After completing my Undergraduate Degree, I moved to Israel again and lived in Jerusalem where I attended the Hebrew University and completed my Masters Degree.  The most momentous part of this time spent away is that I met the person who eventually became my husband.  But of course, living in Jerusalem was almost at par.  Jerusalem is known to be one of the most (if not THE most) holy cities in the world.  And it is justifiably associated as such.  Between the antiquated synagogues, glowing Jerusalem stone of which all buildings are made and the call to prayer for the Muslims in the old city it is impossible not to feel the spiritual energy permeating through every pore of your body.

This coming trip, we will be renting a cheap mini van or finding a great car rental deal and starting towards the northern part of the country.  We have friends with whom we plan to spend some time before meeting the extended family in Haifa.  Haifa is an unbelievable city, much known for being home to the Bahai Gardens.  Next on the itinerary is heading south to Tel Aviv where we will hit the warm beaches, many fantastic museums as well as doing some shopping.  We will then pile into our rented large passenger van (remember, we're with the extended family at this point) and head south to Jerusalem - the holy city!  There is just so much to do and see there (I can go into more detail perhaps in a separate blog) and after that, we are driving down south to Mitzpeh Ramon, Beer Sheva and perhaps Eilat.  I think I am most excited to see the expression on my family's face when we are all floating in the Dead Sea!

If I can encourage your travel anywhere, Israel is the spot to visit.