The
Drawbacks of Renting a Fast Sports Car 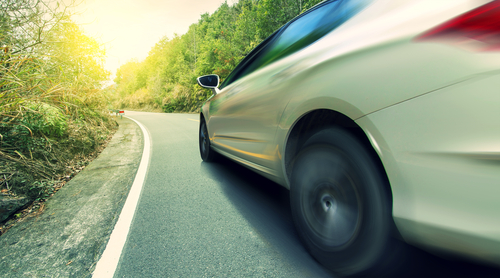 Car rental companies know that crashes are bound to happen. The cars most likely to crash? It’s not the cheap car rentals - it’s the too-fast-to-handle sports cars that have some auto-loving renters chomping at the bit.

According to AutoRentalNews.com, some of these customers don’t even own a car of their own, yet they trust themselves behind the wheel of a pricey auto. Naturally, insurance issues, including fraud, tend to play a role in these transactions, most notably when dealing with less-than-trustworthy rental agencies.

Unfortunately, the allure of driving a dream car tempts renters to rent the wrong way - and some companies to let them. After all, you’re talking about rates of thousands of dollars per day. There are plenty of honest agencies that deal in exotic cars, doing everything by the book, but there are also a lot of corrupt agencies that ethical renters should avoid.

When it comes to quality rental agencies, high rolling renters are monitored like crazy, much more so than with the cheapest car rentals on the market. It makes sense - there’s far more at risk than the rentals you get with car rental coupons. High deposits, credit and background checks, and GPS tracking are often part of the deal. Plus, the renter is supposed to have their own auto insurance with a liability component that will cover at least a majority of the car’s value, if not the whole thing.

Most personal auto insurance plans cover regular car rental deals but many don’t cover exotic car rentals, at least not with liability coverage. Most insurers only offer coverage for vehicles similar to what you currently own -  if you normally drive a Honda, you probably won’t be covered when renting a Ferrari. Most credit card companies (other than American Express, which charges a low fee) don’t cover exotic car rentals, either.

Yes, most fancy car rental transactions end up just fine, but according to AutoRentalNews.com, ...all exotic rental company owners will trade campfire stories of hair-raising accidents, criminal activity and disappearing cars. There have been car companies that have had to deal with renters keeping the car long past the return date...and that’s just the least of the problem. Horror stories include those of chasing “missing” cars down after they’ve been retitled, had the VIN numbers changes, or been resold.