On the first ever CRX American Road Trip, our contest winner Phil & Cat crossed the country in an action-packed 14 days! 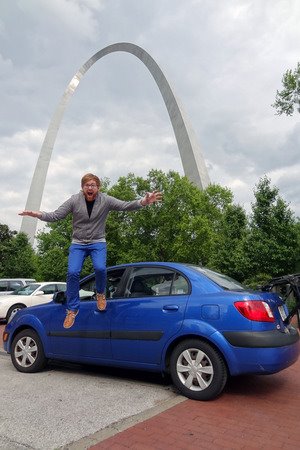 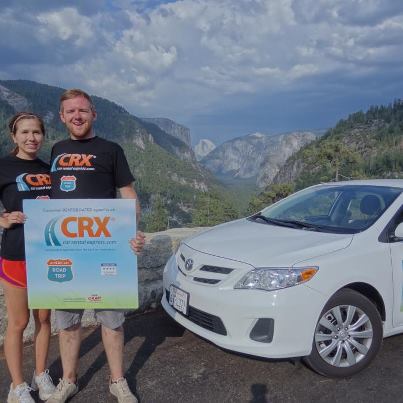 And they are Off! Phil and Cat officially kick off the CRX American Road Trip! 14 days from Los Angeles to New York City. 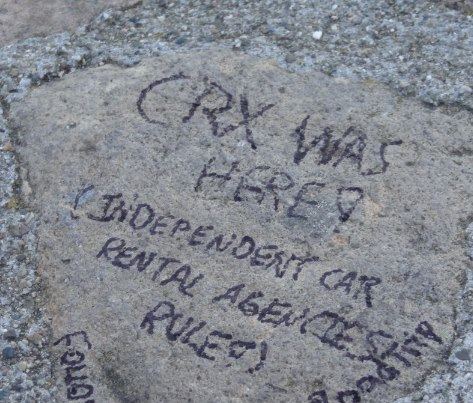 Phil & Cat reporting from San Francisco! We've been all up and down the 101 today, exploring California's coast with our amazing, ultra-efficient rental from LA's Super Cheap Car. We had a non-stop day around San Francisco, and wrapped up at the Golden Gate bridge. There, we noticed something quite peculiar among the graffitied rocks at Vista Point... 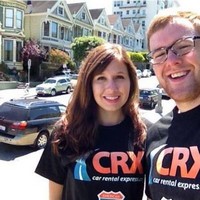 Phil & Cat here, reporting from Las Vegas! We arrived here at dawn, after a whirlwind day in breathtaking Yosemite. We spent all night navigating some of the most exciting highways the West has to offer, and we may or may not have had an alien encounter.

We're resting up in Page, Arizona after an eventful day in Las Vegas, and driving through the beautiful Southwest. You know the theory that Elvis is still alive? Well, it's true, and there are two of them. Only in Vegas! 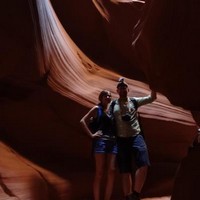 It's Phil & Cat. Yesterday was action-packed, between touring Antelope Canyon in Arizona, visiting El Rancho Hotel in New Mexico, and arriving in Santa Fe. Here's a photo of us in Antelope Canyon, a slot canyon which is really a petrified sand dune. Visit it if you're ever in the area. It will leave you breathless!

Aug 16 - After a full day in Santa Fe, the CRX American Road Trip has landed in Roswell, New Mexico! 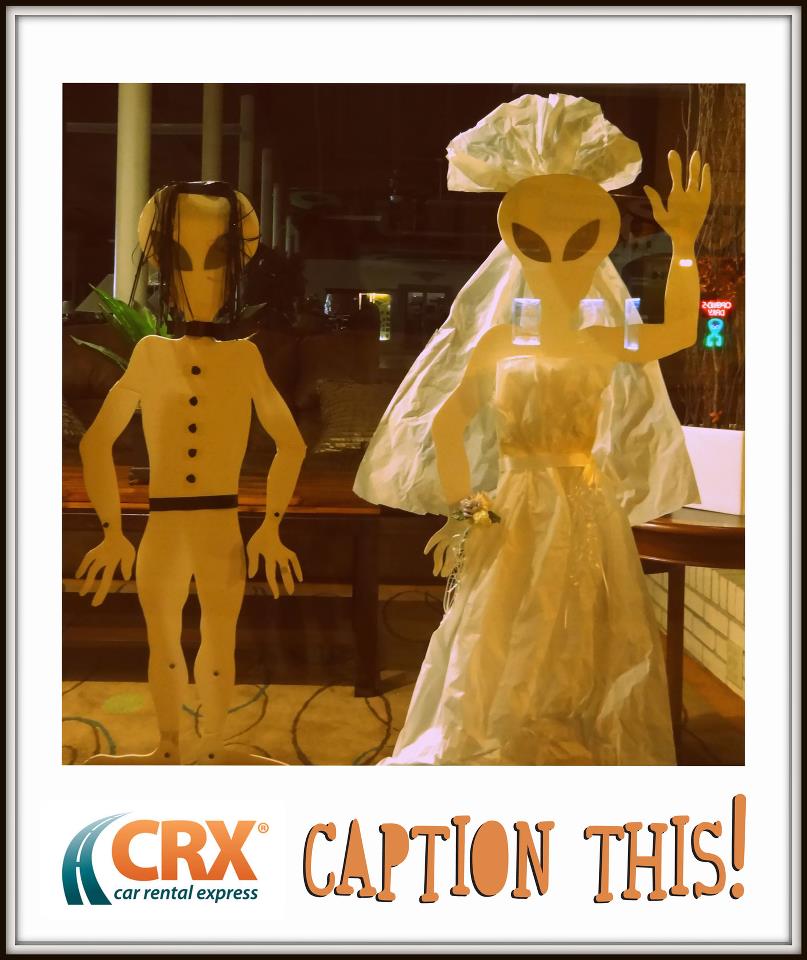 This extraterrestrial bride and groom are but two of the many aliens lurking around the town. Captions were commented on facebook. The caption with the most likes received an out-of-this-world magazine that captures the imagination of any Earthling! 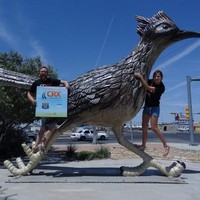 Yesterday we paid a visit to Paisano Pete, the giant roadrunner that welcomes visitors into Fort Stockton, Texas. Today, we're spending the morning in Austin, Texas, then off to New Orleans! 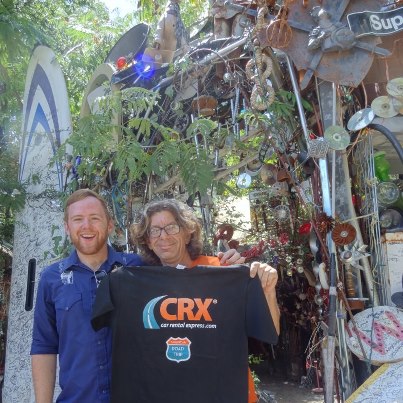 Today we've made the transition from the deserts of Texas to the wetlands of the South. This afternoon in Austin, we paid a visit to Vince Hannemann, creator of the Cathedral of Junk, which was by far the most unforgettable roadside attraction we've seen on our journey! 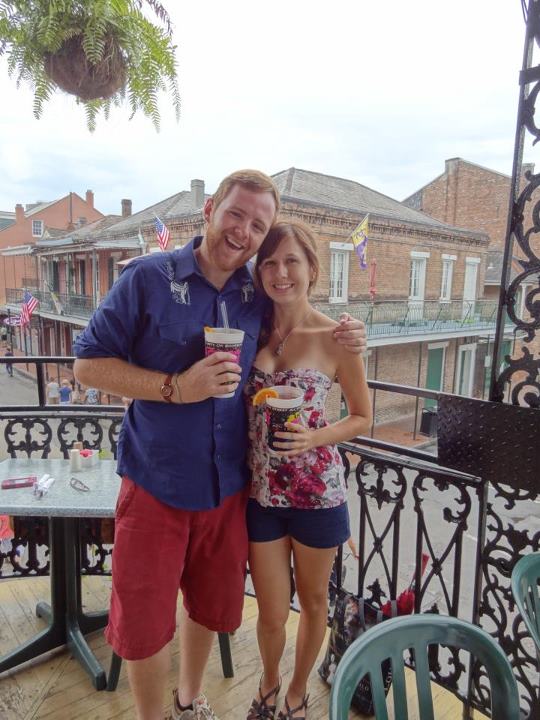 One of New Orleans' architectural highlights is the ornate balconies that adorn so many of the buildings! We were luckily able to enjoy our dinner from one, looking down on Bourbon Street. What a view! 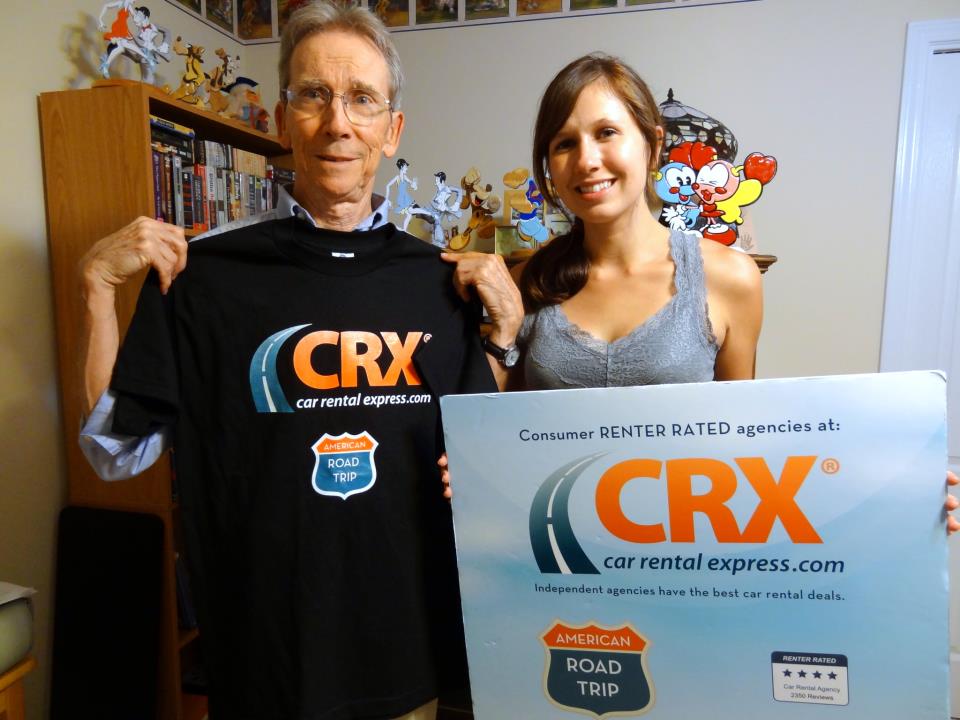 Thanks to the CRX American Road Trip, I got to meet my Cousin Ralph for the first time on our drive to St. Augustine, Florida. Another exciting door opened because of road-tripping with a rental! 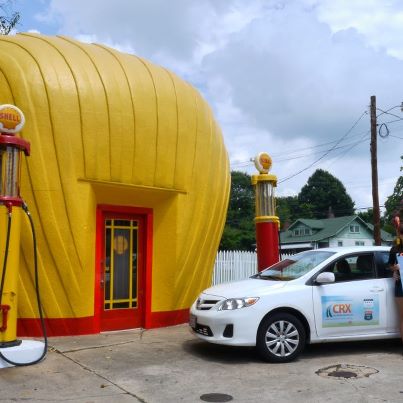 We've seen a lot of gas stations during our CRX American Road Trip, but none quite like this! This 1930s Shell Station in Winston-Salem, North Carolina is the last of its kind. It's no longer operating, but it's sure worth a photo stop! (No it's not a pumpkin - its a Shell) 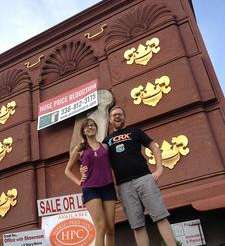 Cat & Phil checking in! On our way to Baltimore, we stopped in High Point, North Carolina. As the Furniture Capital of the World, it's only appropriate that it's home to not one, but two enormous chest of drawers. Here's #1! 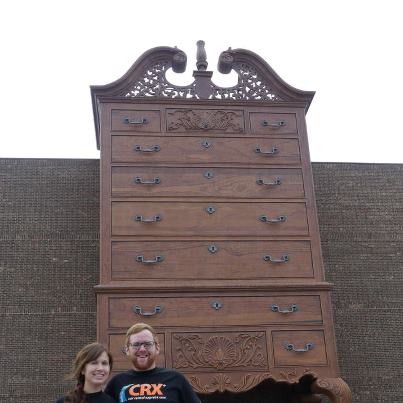 This other chest of drawers holds the title for the largest in the world! At 80 feet tall, it's difficult to pass by NC's Furnitureland South without stopping for a closer look. 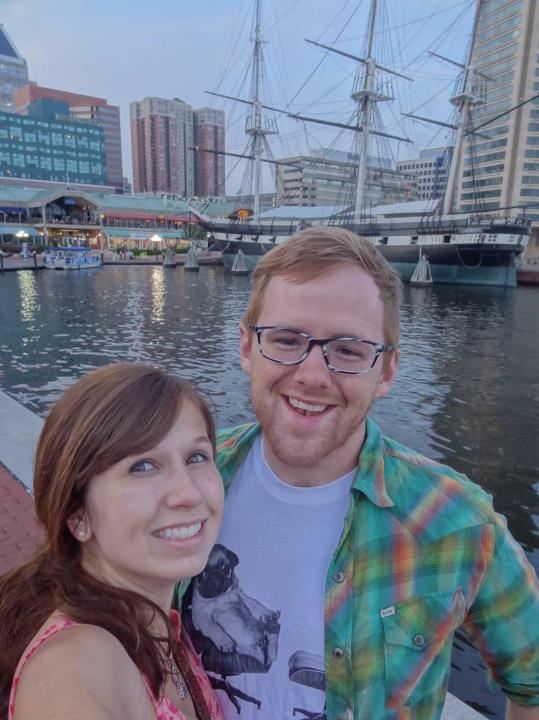 Baltimore's been a blast, but now it's time for us to head to NYC for the final day of the first CRX American Road Trip! Thank you to everyone who has followed us here & on our @CRXAmerRoadTrip Twitter feed. Stick around for more updates from the last city on our trek. New York! We'll announce the winner of the "Name Our Car" contest tomorrow! - Cat & Phil

After 14 days and over 5,000 miles, today we said goodbye to our dear friend "White Lightning" at Action Car Rental in New York City! 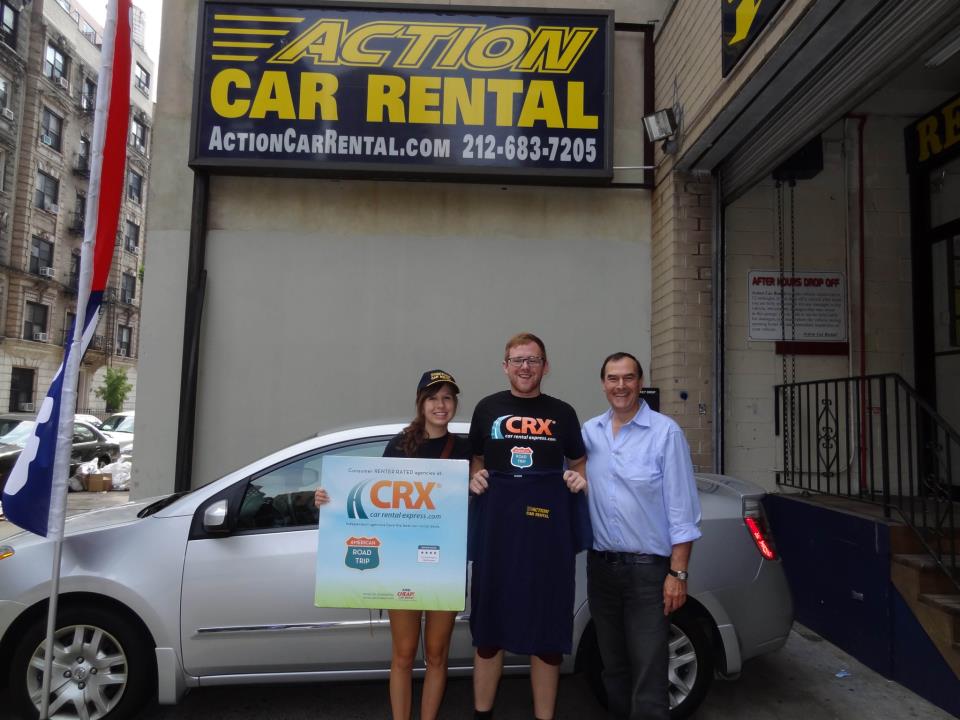 Thank you you to Lisa Paquette for the fabulous name, to Super Cheap Car in LA for the wheels, and to all of our friends at Car Rental Express.com (CRX) for making this adventure possible. Stay tuned to CRX's Facebook page & Twitter feeds for awesome travel advice & future contests! Until next time! - Phil & Cat