Travel
Safe While in South America 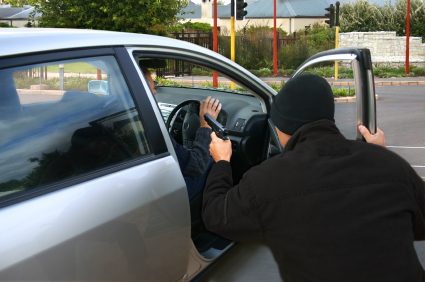 All of my husband's side of the family lives in Caracas, Venezuela.  We are constanly on the edge of our seat when they call, scared that they are going to have some sort of bad news.  The reality is that Caracas is rated one of the most (if not THE most) dangerous cities in South America.  To give you a bit of a picture, there were 3,218 homicides in the first 10 months of 2012.  According to statistics that were gathered by the Venezuelan National Police Agency, 70% of these  murders (in Caracas and its surrounding communities) are perpetrated by street gangs. Since such a vast majority of the population is poverty stricken, these people will do anything to steal a car, cellphone, jewelry, and that sort of thing.  What do they have to lose?   Life has become dispensible.

About 2 weeks ago we received a call from my sister-in-law - a very sad call.  She explained that in Venezuela, when teenagers go to a wedding or other such celebration that takes place in evening/night, they do not go home in the middle of the night.  Rather, they stay until the early morning and get picked up once the sun has come out.  Simply put - it is just too dangerous to drive when it's dark.

My neice was at a wedding with a bunch of her friends.  Once of her frieinds, a young girl of 19 years, decided she wanted to head home at 4:00 am.  It was still dark out but her father came to get her just the same.  On their way home, they were stopped by a group of thugs riding on motorcycles.  Father and daughter were stopped and held up - the thugs wanted their car.  After some sort of confrontation, the father was shot twice in the shoulder.  One of the bullets went through him and hit his daughter.  He survived and was taken to hospital.  She however, died.

By the time the father woke up from all of the sedation, his 19 year old daughter had already been buried.

Having been born and raised in Canada, I have not, thank goodness, been exposed to this type of violence.  Us Canadians have the tendancy to take it for granted that we live in a society where it is illegal to own guns and where the frequency of violence comes nowhere close to what is experienced in places like Caracas.

It goes without saying that when traveling in places like Caracas (or other cities known to be dangerous) it is imperative to be careful.  If you are going to rent a car and travel through the city be sure to speak with locals who you can trust and get their advice as to where NOT to go.  More importantly, make sure to rent a vehicle that is not flashy and advertises that you are a tourist.  Tourists are walking, talking targets to the locals.

You never know what's going to happen, but you can prepare yourself as best as possible.